NCAA Player of the Year

Rachel Garcia was named SA's first-ever Player of the Year in May of 2019. The redshirt junior finished with a 29–1 record and a 1.14 earned run average in 202 innings pitched and 36 appearances. Offensively, she batted .343 with 11 home runs and 57 runs batted in. She started 61 games, and when she wasn't starting in the circle, she played first base. 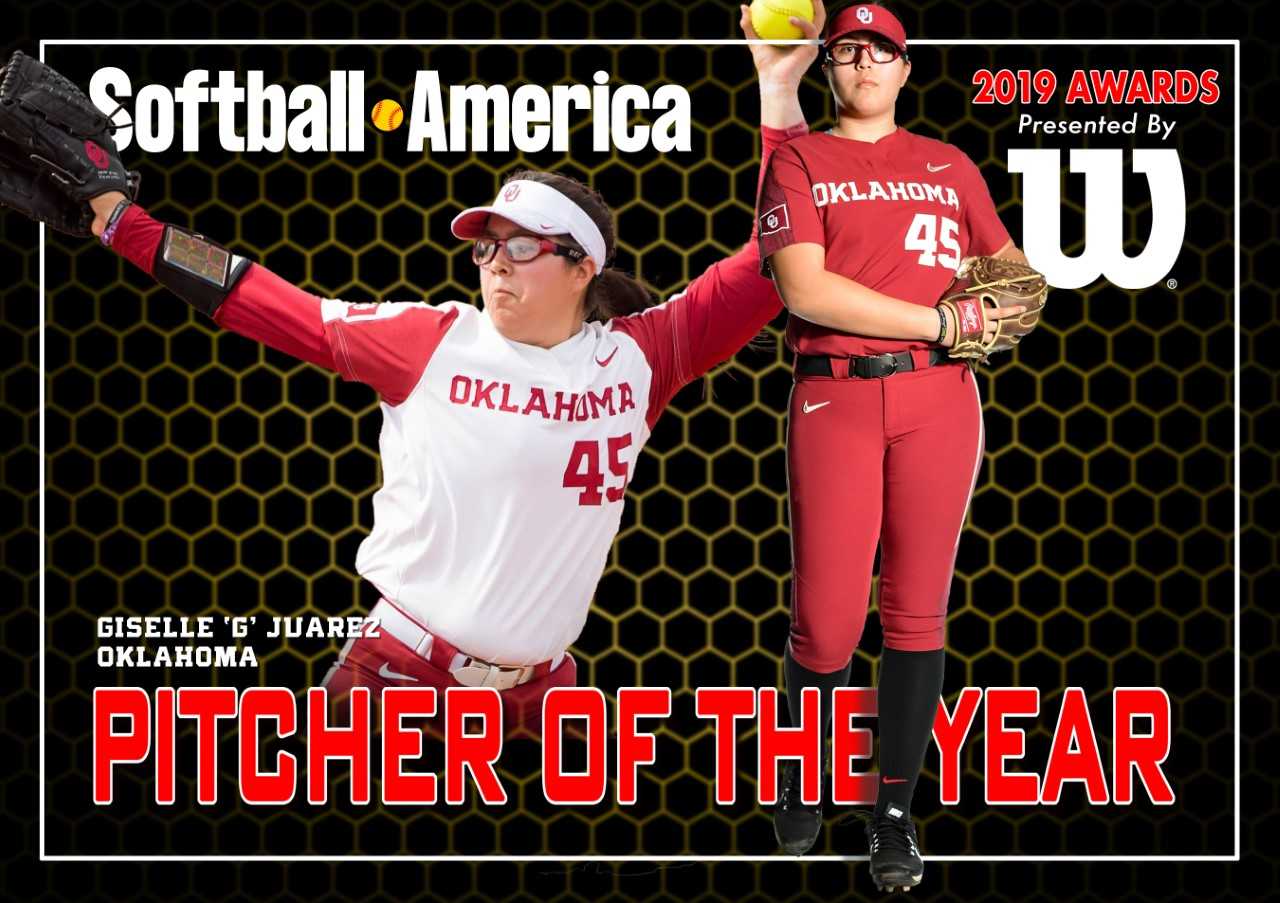 NCAA Pitcher of the Year

Oklahoma's Giselle "G" Juarez transferred in after two years at Arizona State. Juarez emerged as the ace of the Sooners' staff and led them back to the WCWS National Championship Series. She finished the season 28–4 in 39 appearances and 186.1 innings pitched. 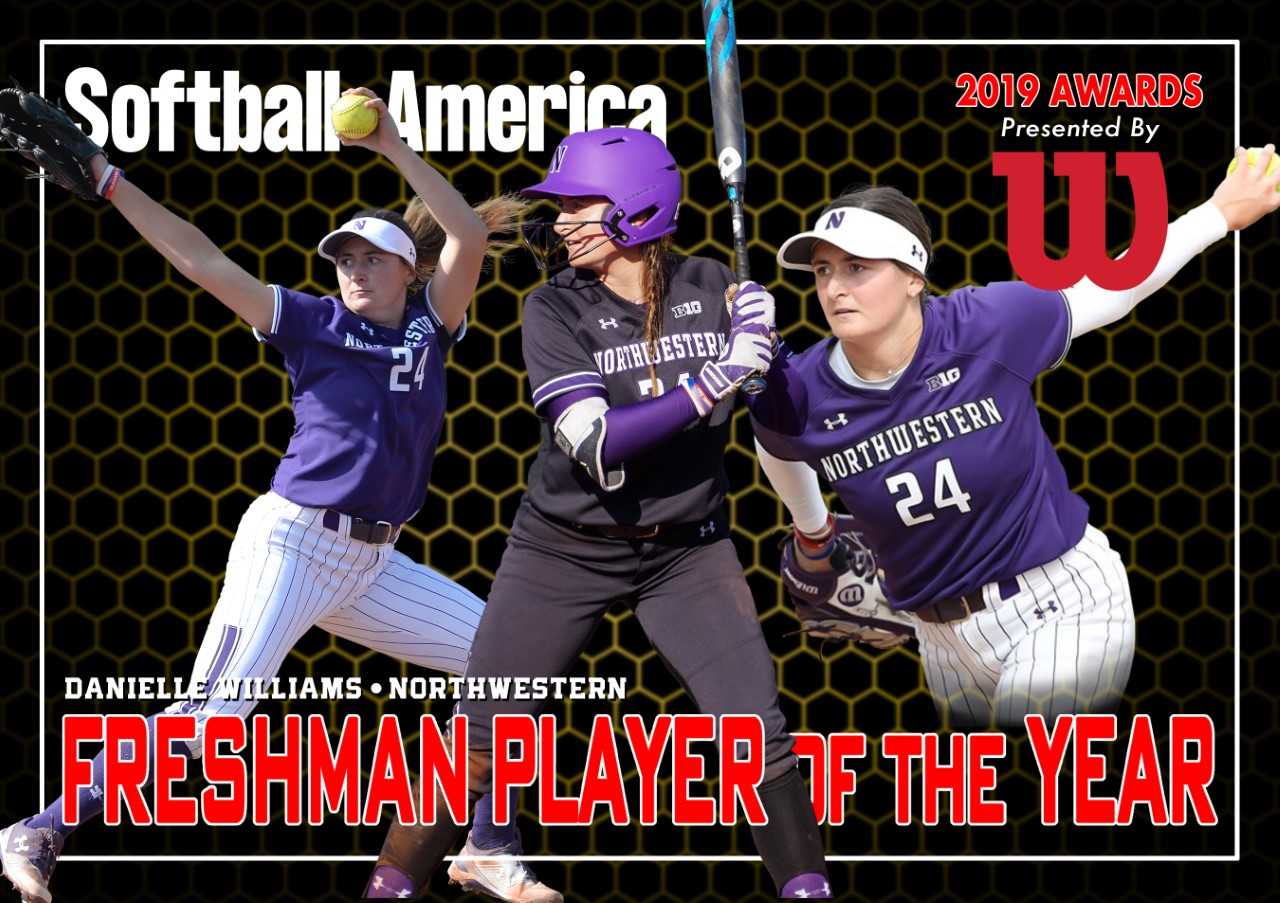 NCAA Freshman Player of the Year

Northwestern's talented freshman Danielle Williams emerged as a dominating force in the Big Ten in 2019. Williams went 31–8 in the circle in 44 appearances, 36 starts and 230 innings pitched. She also did damage at the plate with a .258 average, three homers and 21 RBIs.

NCAA Freshman Pitcher of the Year 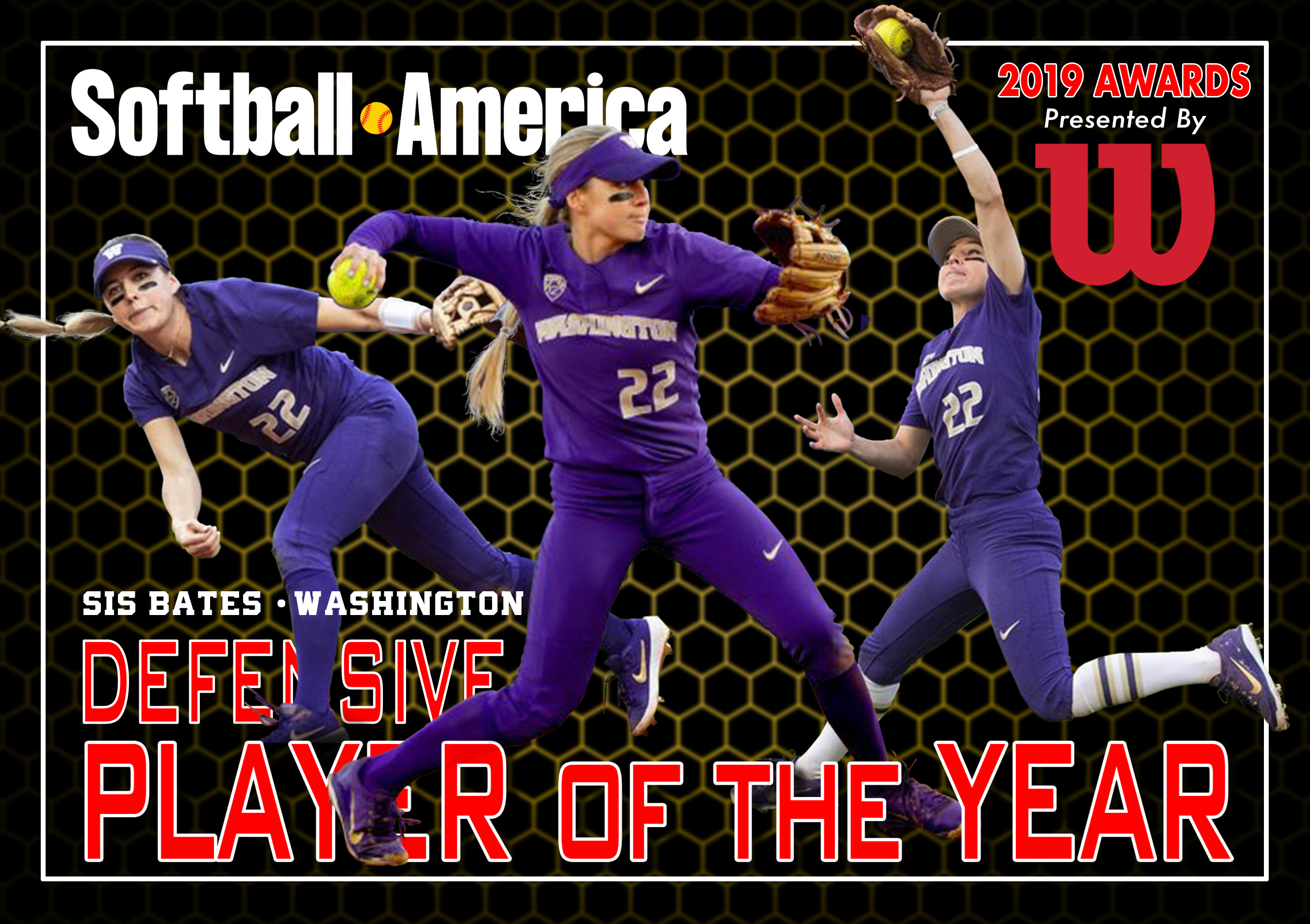 NCAA Defensive Player of the Year

Softball's human highlight reel Sis Bates became the third player in Pac-12 history to win multiple defensive awards. Bates started all 61 games for Washington at shortstop and only committed two errors the entire season. She finished the 2019 campaign with a .988 fielding percentage.

SA's 2023 NCAA Preseason All-Americans include the most elite Division I softball players at the start of the season. 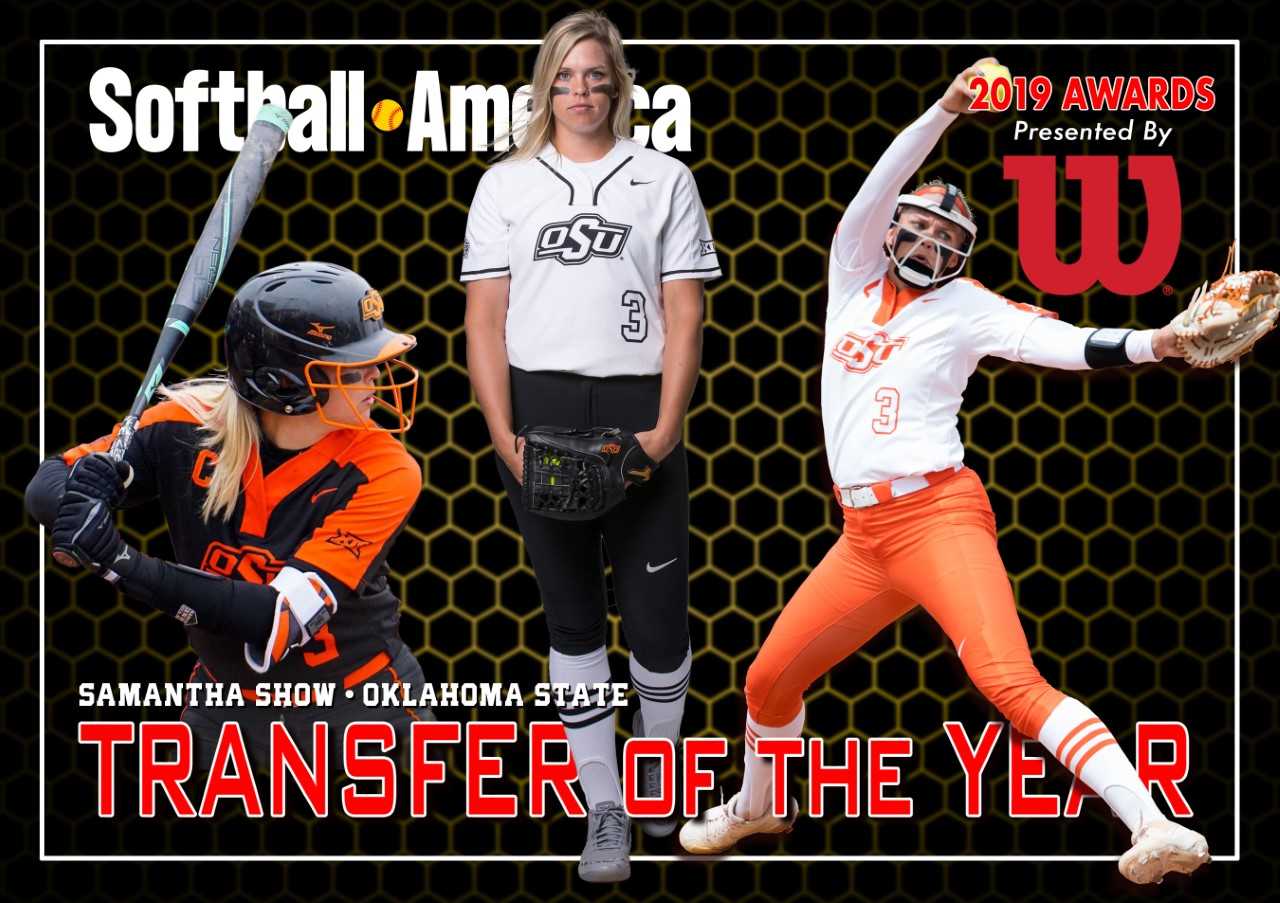 NCAA Transfer of the Year

Samantha Show set the softball world on fire with her bat flips and carried that momentum throughout the season in her only year with the Oklahoma State Cowgirls. She batted .333 and led OSU with a 1.151 OPS. She also led the Cowgirls with 20 home runs and 56 RBIs to go along with a .720 slugging percentage. She emerged as the ace of the pitching staff with a 22–10 record on the year and a 2.34 ERA in 200.1 innings pitched. 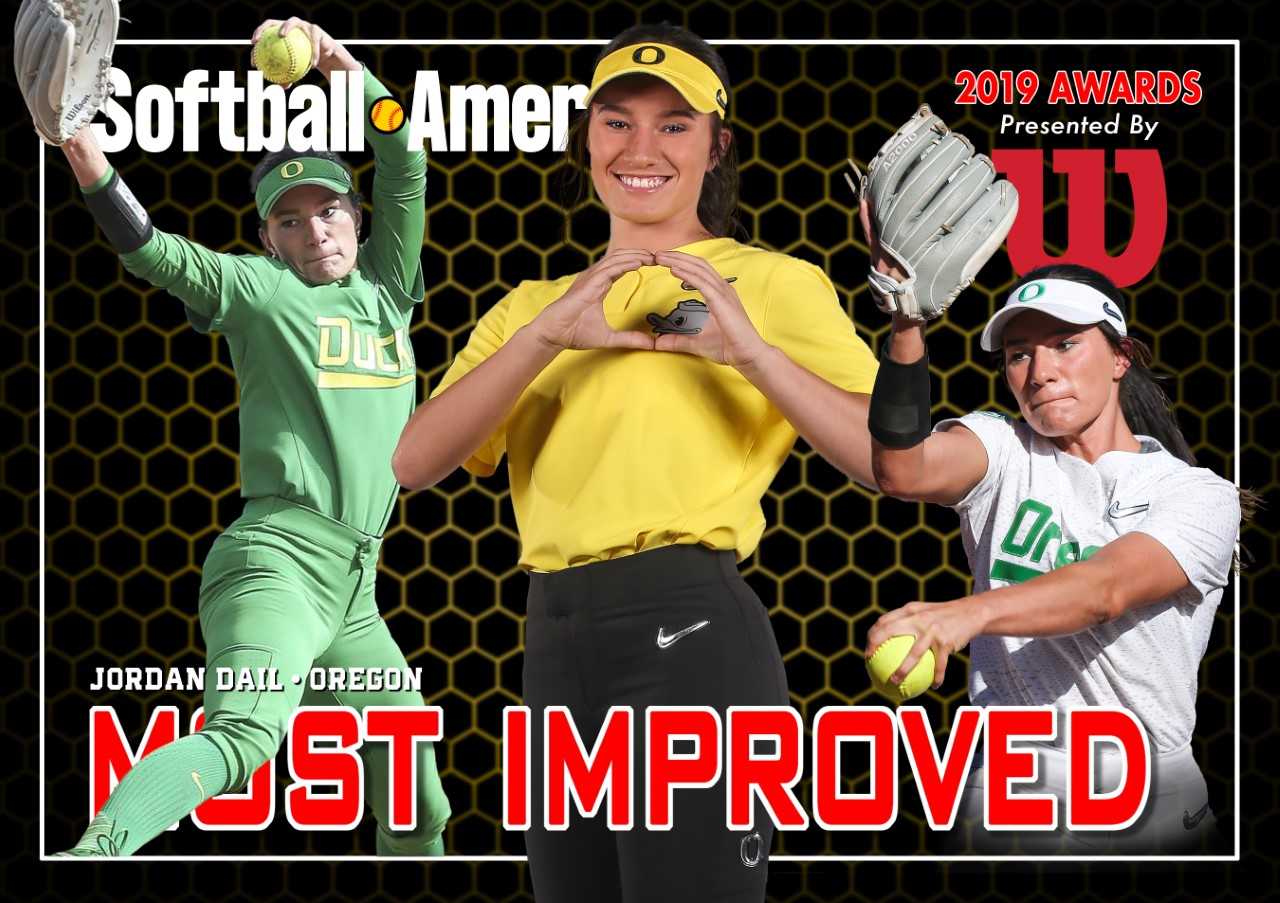 Jordan Dail became the arm for Oregon in 2019. She threw 248 innings and finished with an 18–18 record in 45 appearances and 39 starts. She pitched two no-hitters and 23 complete games throughout the 2019 season. 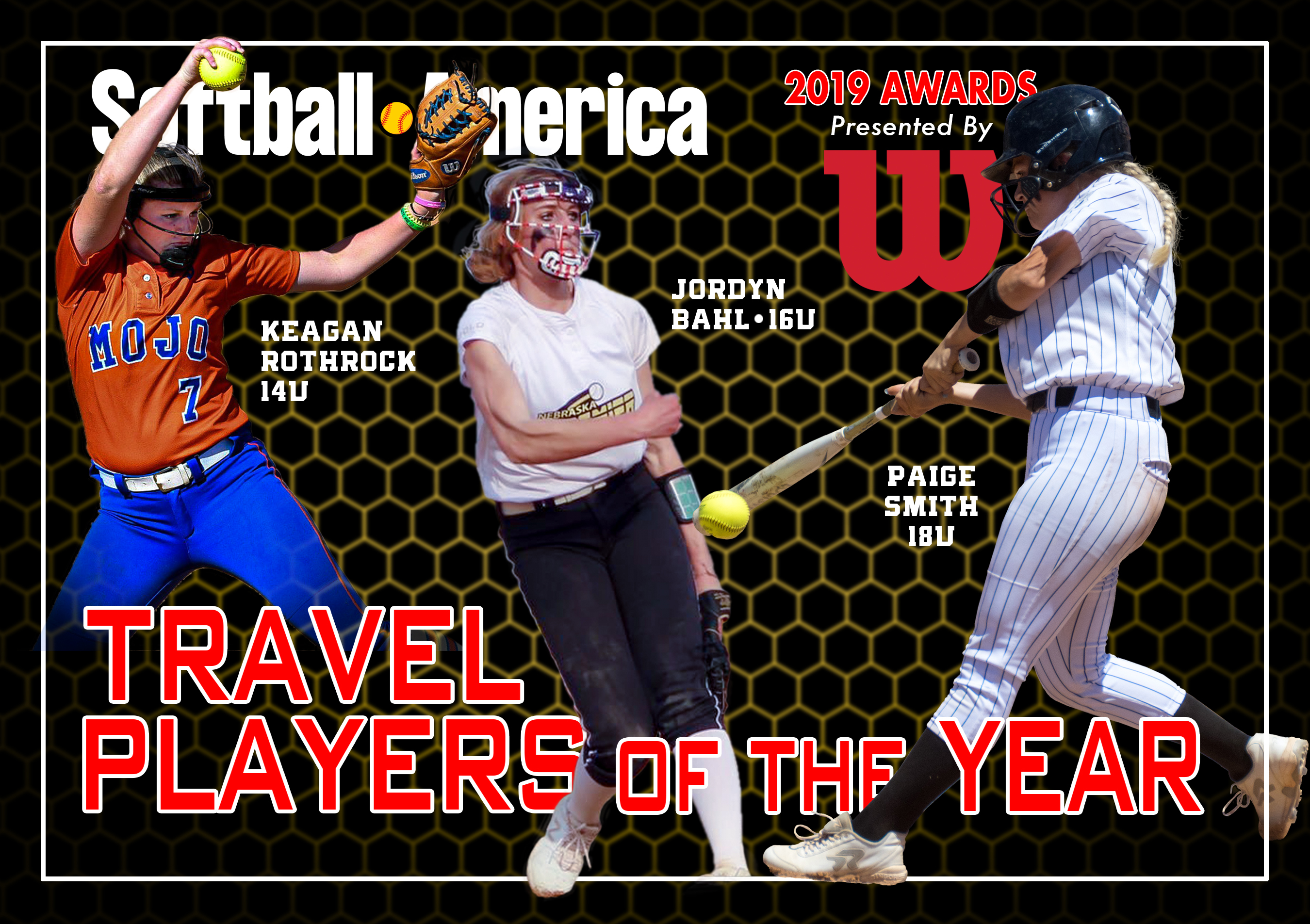 Travel Players of the Year

Paige Smith, Jordyn Bahl and Keagan Rothrock were named Softball America's first-ever Travel Players of the Year on August 15.  Smith and Rothrock finished their summers as PGF National Champions while Bahl solidified herself as one of the most-wanted recruits in the country.