Wearing a pair of shades and a headband, Texas freshman pitcher Shea O’Leary places her glove on the baseline and says a prayer.

She does this before every game. She thanks God for the ability that He has given her and she prays for her family, thankful that they are able to watch her and grateful that everyone survived October 1, 2017.

O’Leary was 17 at the time and had spent the day with her brother and younger cousins at Six Flags Magic Mountain while her mom (Carrie), dad (Brian) and aunt (Stacey) were enjoying the last night of the Route 91 Harvest Festival in Las Vegas.

“We all thought it was firecrackers,” said Carrie. “It was just that pop, pop, pop, pop. (My sister) Stacey turned around and looked towards Mandalay Bay and said, ‘Who is going to ruin this concert by setting off fireworks?’” 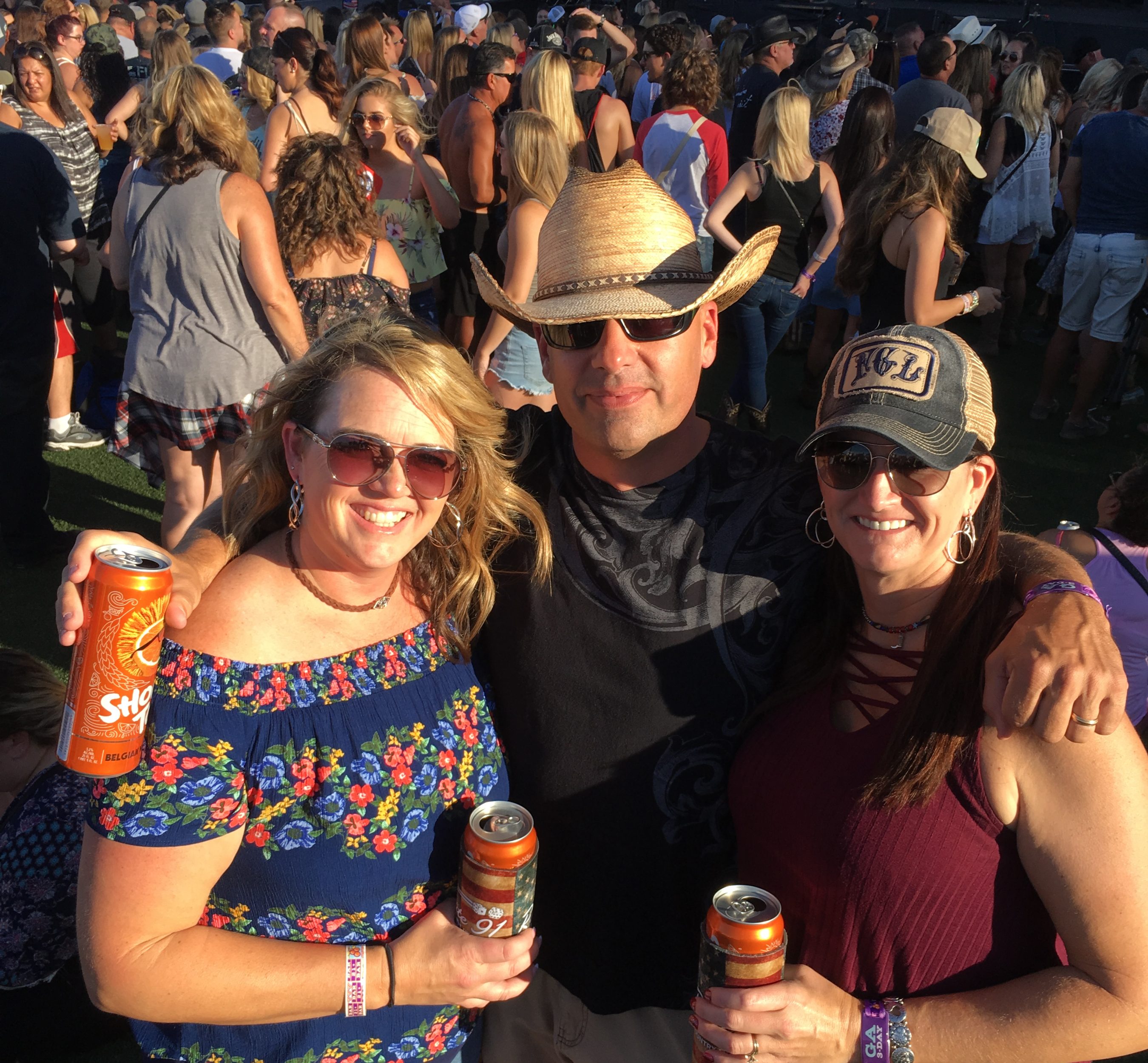 They returned their focus to the stage until they heard the sound again. But this time when Stacey turned around to say something it wasn’t about the firecrackers.

“I was starting to turn back around to say something else and then all of a sudden I started rubbing my leg,” Stacey said. “I told them something hit me and I really hurt. I couldn’t stand anymore and just gracefully went down to the ground. I just thought something ricocheted because I thought it was firecrackers.”

Then, the third round went off and it was no longer firecrackers and someone yelled, “It’s a shooter.”

Stacey, Carrie and Brian along with everyone else in the venue immediately dropped to the ground. The three of them were about 30 yards from the stage and began army crawling to find safety.

“Every time the shooting started up again, we would stop and take cover. I didn’t know where it was coming from,” Carrie said. “I thought it was in the venue. I felt like when I was laying there that it was getting closer to me.”

Brian turned on the flashlight on his phone and calmly told Stacey that she was hit. They stayed under the stage until off-duty first responders reached them and asked if anyone needed medical attention.

“We were all fine until we reached the exit and I looked around and took in the scene,” Carrie said. “I saw people bleeding, CPR being performed, people carrying people on pieces of gate, wheelbarrows and chairs with rollers. I just lost it and Stacey told me to pray for them.”

A silver pick-up truck pulled up about 10 yards from where they were sitting. Brian and Carrie grabbed Stacey, sat her in the tailgate along with two other injured concertgoers and the truck followed two ambulances all the way to Sunrise Medical Center.

“It was just so surreal,” said Carrie. “But while we were in the bed of that pick-up truck, I was on the phone with our mom, telling her that Stacey had been shot but she was fine, and she throws up the Hook ‘Em sign.”

While at the hospital, Carrie received a text message from Shea to let her know that they had all made it back from Magic Mountain.

“She called me and said, ‘Shea, I have something really serious to tell you. It’s scary but everything is ok. There was an active shooter at the concert, Auntie was shot but we’re at the hospital and everything is ok.’” Shea recalled.

Frozen in shock, Shea had to make sure her younger brother and cousins got off their iPads and got ready for bed without seeing anything on social media.

“I cried myself to sleep and woke up to my Aunt FaceTiming me,” said Shea. “The boys really didn’t understand what was really going on.”

The bullet entered through Stacey’s abdomen and came to rest in her right buttock and Stacey was released from the hospital with the bullet still inside her.

A week later, Stacey went to the ballpark in a wheelchair to watch Shea play in Huntington Beach, Calif., and a week after that Shea took her official visit to Texas with her parents.

Austin has become a home away from home for Shea. Through 21 appearances and 14 starts, she enters her first postseason with the Longhorns 13-1 and leads the nation with a 0.46 earned run average. She pitched a perfect game against Baylor and opponents are hitting .167 against her this season.

Shea admits the hardest adjustment has been the strike zone in college.

“I think knowing the hitters and having to place my pitches better, being more careful and really knowing where I want each pitch to be thrown has been a new learning experience for me,” Shea stated.

While Shea spoke about fighting off the thought of potential nerves that come with playing in her first Regional, the emotions began to flow for her mom.

“It’s hard not to get emotional,” Carrie said through the tears. “Because I don’t know where Shea would be if something would’ve happened to us. Would she have still gone to Texas? Would she have still played softball? I don’t know if she would’ve done it because we would want that for her. I don’t know. I have no idea, but to be here and be able to experience what she’s going through is joyful. I’m so happy for her and I’m so happy that we are able to be here to experience it with her. I’m thankful that her life didn’t get altered by what happened in Vegas because it very well could’ve.

As the Longhorns get set to host their first Regional since 2013, Stacey will be watching from California while Brian and Carrie will be sitting behind home plate.

Shea will close her eyes and bow her head before her team takes the field and she will say a prayer.

“I make sure that I live every day like it’s my last,” she said. “I don’t take anything for granted.”

This story will appear in the Women's College World Series program.

After Selection Sunday, SA compiled a region-by-region breakdown for the
2021 NCAA Softball Tournament.